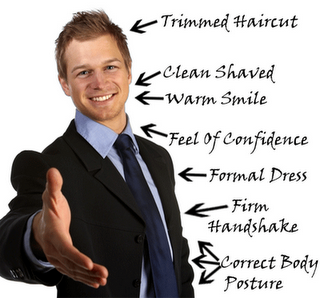 It is a familiar adage that first impressions last, but they really do. After we have formed a first impression about someone, usually remarkably quickly, we then spend any time we have with them looking for evidence to confirm our opinion. Note my wording there: we look for evidence to confirm our opinion. We don’t look for any evidence either way. Oh no, that would mean acting objectively and fairly, and our brains don’t want to appear flakey by changing their minds. So they actively look for evidence which corroborates the original impression and generally ignore anything which doesn’t.
In 1950 a group of students were told that they were going to have a substitute lecturer for one session and were given brief biographies of that substitute. At the end of the lecture they were asked to fill in a questionnaire designed to find out what they thought of the lecturer himself. There were actually two biographies given out, half of the students receiving each. One bio, in amongst the rest of the lecturer’s history, said people who knew him described him as “a very warm person, industrious, critical, practical and determined”. The other said people described him as “a rather cold person, industrious, critical, practical and determined”. The only difference between the two biographies was that one called him “very warm”, and the other “rather cold”.
Just two words differed in amongst about a hundred. Yet after these students had all sat through the same one hour lecture, those who had read that he was very warm then tended to describe him as “humorous, informal, sociable and considerate”; those who had read that he was rather cold described him as “formal, unsociable, irritable and self-centered”. A whole hour of watching and listening to him could not compete with the first impression formed by just two words.

Posted by
Steve Cantwell
Psychologist, hypnotherapist, mentalist and magician.
Steve Cantwell has posted 58 articles
Previous articlePresentation is everything
Next article We need stereotypes