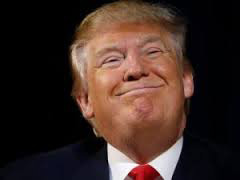 Repeating a lie makes it true.
That statement is, of course, patently false; repetition cannot stop a lie from being a lie. But it can make people believe the lie. This is how…
If a statement is repeated it creates a sense of familiarity in the person who hears or reads it for the second, or third, or umpteenth time. We like familiarity. It makes us feel comfortable. And when we feel comfortable we relax into a state known by psychologists as Cognitive Ease. In this state of cognitive ease we are more likely to accept statements as true because we are, effectively, too relaxed to think about and challenge the details, so it slips by our critical faculties.
Begg, Armour and Kerr showed that repetition of even just a part of a statement can cause the entire statement, when it is finally revealed, more likely to be believed. They repeated the first part of a claim, “The body temperature of a chicken” to one group of their participants, who were subsequently exposed to the full (and, when one thinks about it, obviously false) claim, “The body temperature of a chicken is 144 degrees”. Those participants who had been exposed to the part-claim were more likely to believe it than those who had not.
Reading the first part of the statement (because they had already read it before) caused cognitive ease which persisted through the novel second part, so that second part was more likely to be believed.
As Daniel Kahneman put it, “Familiarity is not easily distinguished from the truth”.
P.S. Why the picture of Trump in a post about lies? Oh, no reason…

Posted by
Steve Cantwell
Psychologist, hypnotherapist, mentalist and magician.
Steve Cantwell has posted 58 articles
Previous articleMedicine should taste bad
Next article What we perceive is a mixture of what our senses receive and what our brains expect.