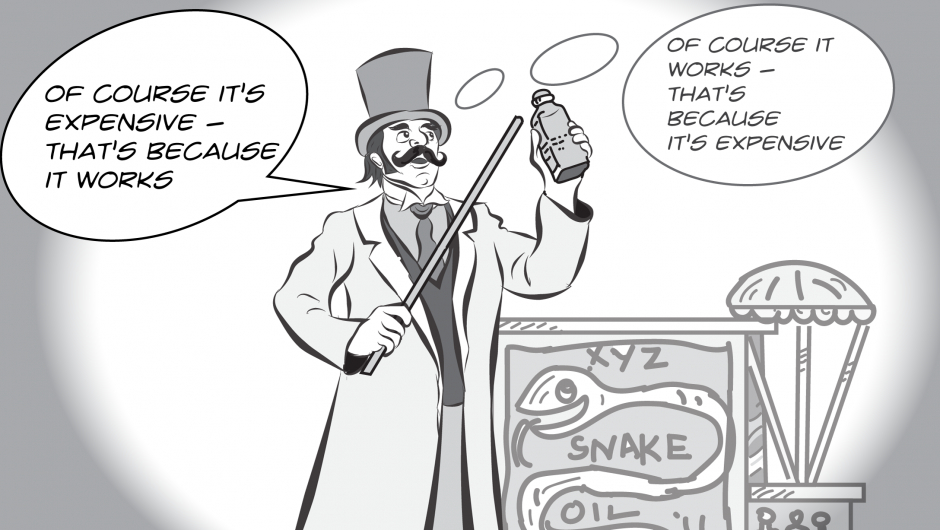 Research has shown that, because we think medicine tastes bad, horrible medicine can work better than nice medicine!

There is a very simple reason why medicine should taste bad, and it is a word which generally gets a bad rap: placebo. A placebo effect is where our brains fool us into feeling something that isn’t there, simply because we think it is. For example, wine tastes better if it costs us more because our brains fool us into thinking it must be good quality if we paid that much for it. The quality isn’t necessarily there, but we think it is and the expectation makes it tastes better to us.
Placebos are used in drugs trials to verify that it is the active ingredient of the drug which is producing the desired effect, and not just the expectation. However, we as consumers all hold what are known as “naive theories” about how the world works, and the scientists conducting those drugs trials have to be aware of these (as demonstrated here by Farr and Gwaltney).
Naive theories are simple rules of thumb we tend to believe, such as: expensive wine tastes better; cheap products won’t last as long; and medicine tastes bad.
Because we have grown up believing that medicine tastes bad, the taste can now affect the way we respond to medication, as can packaging, colour and other variables (as shown by Wright et al in 2013).
If medicine tastes nice we are not convinced it can be any good. However, if medicine tastes bad we think it must be effective and our brains produce the effect we expect.