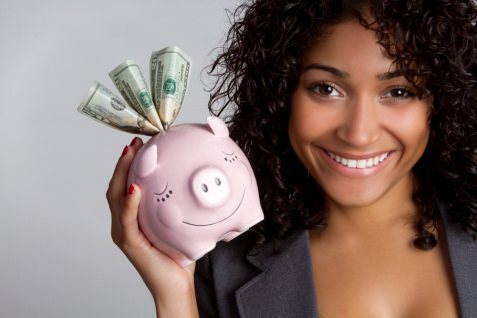 I am particularly talking to men here. Men are notorious for thinking with a part of their anatomy which is below the neck, and various experiments have appeared to back this up.

In one study a bank in South Africa sent offers of a loan to 50,000 customers. The loan offer sent out had several variations, such as the description of the loan, the percentage rate, and various different pictures of men and women.

Lots of different psychological techniques in the letters were shown to increase the uptake of loans from the bank by a small amount each. One variable, however, had a huge effect – on men anyway.

Substituting a photograph of a man, replacing it with a picture of an attractive woman, dramatically raised the number of people who contacted the bank to take up the loan offer. Just this change increased the uptake by the same amount as dropping the interest rate by 4.5%.

Think about how much money 4.5% per annum is on a large loan. These men were willing to pay that much more just because there was a photograph of a pretty woman on the loan offer instead of a photograph of a man.

I think we can safely presume that the men didn’t really think they would get to even meet the woman in question, let alone sleep with her, so what did make them more likely to take up the loan? I expect the halo effect was at work.

When we see an attractive person we use that attractiveness judgement to rate all sorts of other qualities which we cannot really begin to know. We consider them to be more athletic, more sociable, and so on. We also rate more highly those things with which they are associated. The loan would therefore be judged as more desirable simply by association with the attractive lady.